"Marijuana should be legalized and taxed, says Mayor-Elect McGinn" 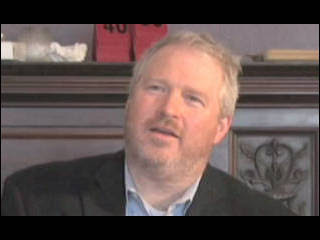 Mayor-elect Mike McGinn's "open-source" transition encourages the public to tell him their top ideas for Seattle, and so far two ideas have shot to the top, garnering the most votes on his web site: "Expand as much light rail and subway as possible" stands far and above at No. 1. Lagging behind at No. 2, "legalize marijuana and tax it."

McGinn is in favor of both. Speaking on the public radio station KUOW today, he said that within two years, his administration will put together a proposal for expanding light rail to present to voters. And he said he supports a state bill to legalize pot for people over age 21. House bill 2401 was pre-filed last week by six House Democrats: Mary Lou Dickerson and Scott White of Seattle, Roger Goodman of Kirkland, David Upthegrove of Des Moines, Mary Helen Roberts of Lynnwood, and Sherry Appleton of Poulsbo.

"I think the public sees that it’s just not a sensible set of laws," McGinn said of current pot laws. Marijuana should be "regulated," not considered criminal activity.

“I actually took this position during the campaign and nobody noticed,” he added.

The Stranger's online Electionland section four months ago asked McGinn during the primary: "Do you favor the Legalization and Taxation of cannabis?

The Stranger's online Electionland section four months ago asked McGinn during the primary: "Do you favor the Legalization and Taxation of cannabis?"

Today, he stood by his reply to that query:

Yes. If every politician who ever smoked pot supported this it would happen in a heartbeat.

I would support efforts at the state and federal level to decriminalize marijuana.

What are the odds the state pot bill will pass? "If only they wanted to tax it enough to solve the budget shortfall, it might have a chance," opined Peter Callaghan of The News Tribune.

Light rail, marijuana and Pioneer Square revitalization so far round out the top three ideas for Seattle in McGinn's open-source online poll. That's followed by making Seattle the first carbon-neutral US city and providing clothing-optional beaches.

McGinn said on KUOW that he heard different concerns in his town-hall-style meetings -- jobs and issues around youth and families emerged as key issues of citizens. He continues to encourage the public to provide him their ideas for Seattle.

Posted by Howard Martin at 5:48 PM