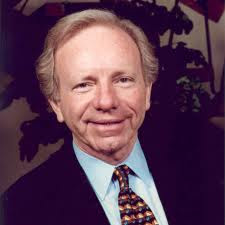 If you don't have video where you are, Booker is saying that Democratic attacks on Bain Capital should be off-limits, and he's defending private equity firms in general. This soundbite is part of a greater argument Booker is making about the political discourse getting out-of-hand. (He says that Reverend Wright attacks from the right are unacceptable, too.) I personally disagree with Booker; I think Romney is running away from his record as governor of Massachusetts and centering Bain Capital as the most relevant part of his resumé—sorry, but organizing a Winter Olympics should not automatically qualify you for Commander-in-Chief—and so Bain attacks are totally acceptable. But Democrats proceeded to tear Booker to bits all day Sunday, and it was a nasty affair. Irrelevant blowhard Keith Olbermann hilariously accused Booker of " believ[ing] in nothing but Cory Booker." Many others accused him of being a stooge for the Republican Party, and others stopped just short of calling for the death of private equity firms everywhere. By yesterday evening, Booker had produced an apologetic video walking back his comments. I've always admired Democrats' refusal to fall, creepily, in line on every single issue the way Republicans do. It's a weakness for the party within the 24-hour-media-cycle, but it's also a strength because it doesn't force us into stupid purity-test-style political traps.
Now, the Republicans are featuring Booker in ads and John McCain is publicly thanking him. This is a shrewd political move, because it increases resentment against a man who many—including myself—have said should be a serious Democratic presidential candidate within the next three election cycles. Republicans are playing chess here by trying to take down a major star of the party. And as a bonus, it plays Democrats against each other in a shrill, teabagger-style purity argument that the news networks will love rehashing for the next week or so.
There's a local angle to all this: On Friday, June 1st, Booker is scheduled to deliver a big speech at the Washington State Democratic Convention. When the speech was scheduled, Booker was a hero who saved people from burning buildings; now he's a controversial figure. I hope he goes through with this speech, and I hope that he's treated well, here. If Democrats persist in knocking around one of their stars for expressing an unpopular opinion, we'll be no better than the teabaggers who swallow their own moderates. Arguing that Booker is for the 1% and accusing him of being a sellout (or worse) is just ridiculous.

Howie P.S.: Personally, I think the only just punishment for Booker would be to require him to make 100 cold calls on behalf of Joe Lieberman, asking for contributions to AIPAC.
Posted by Howard Martin at 3:20 PM