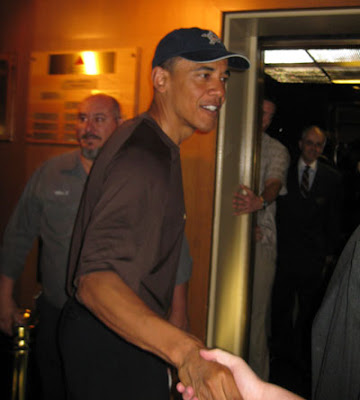 Obama works out at the Denver Athletic Club this morning.

SEATTLE, WA – Today, Washingtonians will gather across the state to watch Senator Obama accept the Democratic Party’s nomination for President.

In addition, Senator Obama’s Campaign for Change will host a convention watch party at the Showbox SoDo in Seattle. Doors will open to the public at 5:30 PM, and supporters are encouraged to arrive early. The following are the Showbox SoDo party details:

Barack Obama
Posted by Howard Martin at 8:55 AM