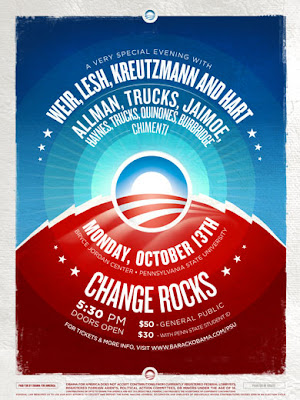 The four surviving members of the Grateful Dead will play a Pennsylvania fundraiser for Barack Obama October 13.

A well-informed friend tells me it's "a big deal for Deadheads" and the first full reunion of hte band's surviving members since 2004, though there was a "Deadheads for Obama" event in February featuring three of the four.

The music magazine Relix reports that "given the event’s political slant, the various musicians are being billed under their own names instead of The Dead and the Allman Brothers Band."