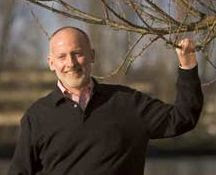 
America is still grieving for the children and adults who lost their lives last Friday in Newtown, Connecticut. That horrific event ripped deep into our national soul.

The level of violence is higher in the United States than almost anywhere else in the developed world. Why? And more importantly, what can be done about it? A lot can get done -- if our leaders in Olympia can muster the courage to strengthen safety laws for the people of Washington State.
As President Obama said at the vigil Sunday night in Newtown, “We can’t tolerate this anymore. These tragedies must end. And to end them, we must change.”
The Connecticut shootings should enable our Governor, our Governor-elect and leaders in the Washington Legislature to focus on solutions and bring us together to do something meaningful to end this nonsense.
Economist Richard Florida has looked for causation between gun violence and various social and economic conditions. While Professor Florida acknowledges that it is difficult to establish direct causation, he does suggest that there are obvious associations that shouldn’t be ignored.
Professor Florida’s data analysis shows that states with just three gun safety regulations—an assault weapons ban, trigger locks and safe storage requirements—have lower levels of gun deaths on a per capita basis than states without these protections. MORE...
-
Posted by Howard Martin at 4:43 PM