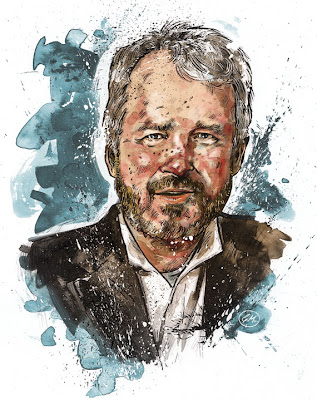 MCGINN PORTRAIT BY GARRETT MORLAN from the story "The Case for Mike McGinn: Part 1 (The Stranger)."

The Stranger became a de facto arm of the McGinn campaign. It ran McGinn's hagiographic portrait on its cover, banner ads on its website and a four-part, 6,000-word polemic in print. In typical fashion, it called McGinn's opponent an idiot — complete with preceding four-letter-word adjective. Keck himself gave a rare political donation.

Posted by Howard Martin at 7:57 AM