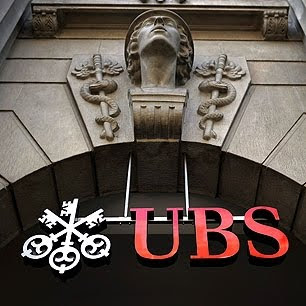 The U.S. missed its own chance for ringfencing when a proposal for a full repeal of Gramm-Leach-Bliley was routed during the Dodd-Frank negotiations.

That means we’re probably stuck here in the states with companies like Bank of America, JP Morgan Chase and Citigroup, giant commercial banks in charge of stewarding trillions in client bank accounts and consumer credit accounts who also behave like turbocharged gamblers via their investment banking arms.

Sooner or later, this is going to blow up in our faces, and it won't be one lower-level guy with a $2 billion loss we'll be swallowing. It'll be the CEO of another rogue firm like Lehman Brothers, and it'll cost us trillions, not billions. MORE...

Posted by Howard Martin at 7:39 AM