NY Times: "Small Donors Are Slow to Return to the Obama Fold" 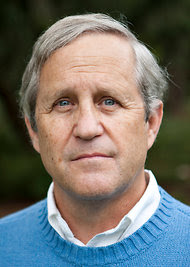 Edward Blair, says he is “bewildered” by the president.

They were once among President Obama’s most loyal supporters and a potent symbol of his political brand: voters of moderate means who dug deep for the candidate and his message of hope and change, sending him $10 or $25 or $50 every few weeks or months.

But in recent months, the frustration and disillusionment that have dragged down Mr. Obama’s approval ratings have crept into the ranks of his vaunted small-donor army, underscoring the challenges he faces as he seeks to rekindle grass-roots enthusiasm for his re-election bid.

In interviews with dozens of low-dollar contributors in the past two weeks, some said they were unhappy with what they viewed as Mr. Obama’s overly conciliatory approach to Congressional Republicans. Others cited what they saw as a lack of passion in the president, or said the sour economy had drained both their enthusiasm and their pocketbooks.

For still others, high hopes that Mr. Obama would deliver a new kind of politics in his first term have been dashed by the emergence of something that, to them, more resembles politics as usual. MORE...

Posted by Howard Martin at 8:15 AM