John Heilemann on why Susan Rice will be confirmed 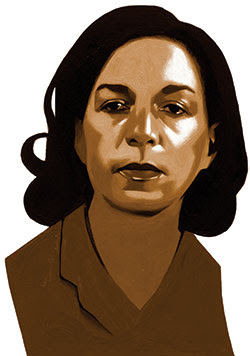 
Beyond the spectacle of gratuitous spleen-venting, does any of this Republican fulmination matter in the least—or, as the headline of a recent Maureen Dowd column in the Times put it, “Is Rice Cooked?” As a rule, your columnist avoids predictions, but in the spirit of holiday indulgence, I will make an exception here: Not only will Obama appoint Rice to succeed Clinton but she will be confirmed. And though I offer this forecast without the aid of polling averages to lend a patina of statistical certainty to the endeavor, I do believe there are at least five sound reasons to think it will come true: MORE...

Howie P.S.: Snarky quote from the above:


I estimate there is a 79.4357 percent probability that Susan Rice will be confirmed early next year as secretary of State, and the vote won’t even be close. Just remember: You read it here first—and Nate Silver ain’t got nothing on me.

Posted by Howard Martin at 9:05 AM