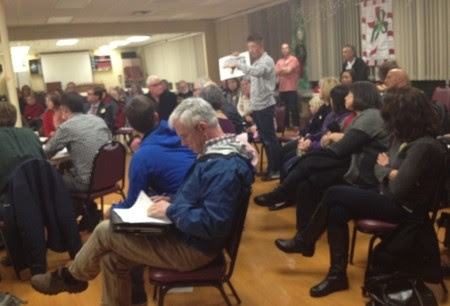 By Tracy Record
West Seattle Blog editor
Dozens of vigilant neighbors comprised a standing-room-only crowd in the Senior Center of West Seattle‘s upstairs meeting room as another 7-story Avalon Way apartment-building proposal debuted before the Southwest Design Review Board last night, second one in two months.
The residents of 32nd SW, north of the proposed development’s vicinity, again wore “Love The ‘Hood” stickers, as they had at the September meeting for 3078 Avalon Way, a similar building proposed next to the site of this one. MORE...
Posted by Howard Martin at 2:58 PM