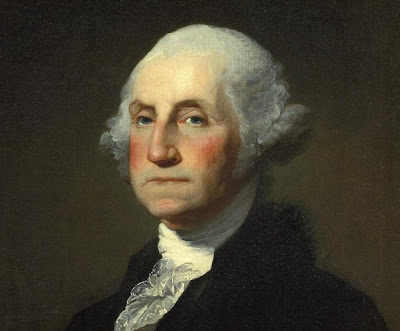 A MESSAGE FROM THE FATHER OF YOUR COUNTRY:

What a lovely name. I only wish I had seen your countryside in my lifetime.

I am talking to you through Tom Paine to say that it is time to end this silly ban on smoking hemp, or, as you now call it for some reason, marijuana.

In my lifetime, there was no plant for which I had a greater fondness. It was the easiest to grow of all my crops, and the most profitable. We used it for clothing, rope, sails, textiles, feed, food, fuel and much more.

Certainly there was no crop for which our brave American farmers had greater enthusiasm. It was the number one cash crop on virtually all farms in America, and probably the top money earner for all the states taken together.

My good friend Tom Jefferson vastly preferred it to tobacco, or to any other crop he grew. He wrote his wonderful Declaration on paper made from it. Ben Franklin built an entire mill that used hemp as its primary stock.

And though we wrote about it rarely, we all enjoyed smoking a good pipeful at the end of the day. Knowledge of this came to us through the Greeks and Romans, and before that the Chinese and Indians, whose seeds I greatly treasured, and widely recommended. Of course our friends among the native tribes often provided us with the very best of their smoking matter.

Though it is somewhat difficult to retain decorum about this issue, I must tell you that if anyone had walked into our Constitutional Convention in Philadelphia and told us that someday, in this great nation we were founding, citizens would be put in jail for possessing this great herb, we would have laughed them out of the room. Now that I see what is being done to innocent citizens who raise and smoke this herb as we did, I am tempted to demand that the authorities responsible for this foolishness THEMSELVES be incarcerated. MORE...

Posted by Howard Martin at 8:21 AM