"Do the math" with Professor Krugman: "Numerical notes on health care reform"

A couple of notes to address complaints about the Senate bill from the left and the center. (There’s no use addressing complaints from the right; in general, the safest thing when dealing with crazy people is to avoid eye contact.
For people on the left who think this is all a big nothing, consider the subsidies. From the Kaiser Health Reform Subsidy Calculator, here’s the percentage of insurance premiums on the individual market that would be covered by subsidies at different levels of income measured as a percentage of the poverty line (all calculations are for a family of 4 headed by a 40-year-old): 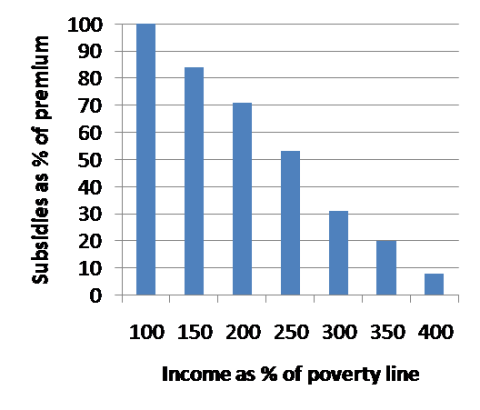 Guys, this is a major program to aid lower- and lower-middle-income families. How is that not a big progressive victory?

For people in the center who worry, as my colleague David Brooks puts it, that there may be unintended consequences if you “centrally regulate 17 percent of the economy”: um, it’s a little late for that. 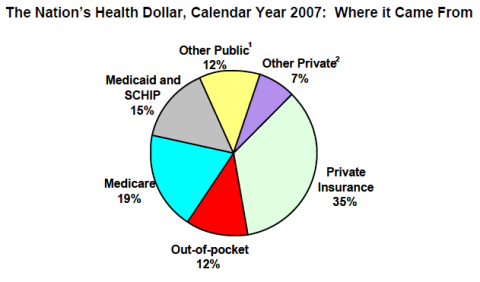 Centers for Medicare and Medicaid Services

And even the private insurance is overwhelmingly provided through employers — and employment-based insurance is only tax-free unless it obeys extensive regulations. Not coincidentally, those regulations resemble, in a qualitative sense, the goals of the new health reform: employers have to offer the same policy to all their employees, which in effect rules out discrimination based on medical history and subsidizes lower-paid workers.

The point is that we don’t have anything resembling a free market in health insurance — nor should we. Reform is filling in the gaps in the subsidized, regulated system we already have — which should calm centrists — in a way that offers big benefits to those most in need — which should please progressives.

Posted by Howard Martin at 5:30 AM