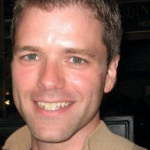 Marco Lowe, Mayor Greg Nickels’ former community relations director (and consummate Nickels insider, going back to Nickels’ county council days and Nickels’ 2001 first mayoral campaign), will head up the Office of Intergovernmental Relations (city lobbying), currently headed by Emilie East.
Officially, OIR is supposed to represent the interests of the city as a whole; under Nickels, however, it has been transformed into a lobbying shop for the executive department. Lowe got to know McGinn through his work doing neighborhood outreach for Nickels; as head of the Greenwood Neighborhood Association, McGinn adopted a Nickelsesque pro-green, pro-density urbanist approach to neighborhood planning. Later, Lowe and McGinn crossed paths again at Triad Development, where Lowe worked briefly and where McGinn’s Great City held many events, including the Great City kickoff.

It’s unclear whether McGinn sees OIR as his personal lobbying shop or the city’s as a whole, but Lowe is clearly accustomed to viewing it as the former. That raises the question of where Ethan Raup, former deputy chief of staff to ex-King County executive Ron Sims, will fit into the McGinn administration. Raup will reportedly be in charge of “external relations” for McGinn, but it’s unclear what that means; asked at City Hall today what his title would be, Raup said only, “You’ll find out soon, possibly as soon as this afternoon.”

McGinn spokesman Aaron Pickus wouldn’t comment on Lowe, Raup, or the role of OIR in the McGinn administration, but said an announcement about appointments would be coming shortly.

Howie P.S.: Whatever you think of Tim Eyman, at least you don't see him going to work for Dwight Pelz or smoking a joint with David Goldstein.
Posted by Howard Martin at 3:44 AM