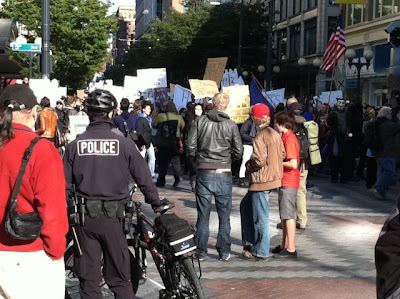 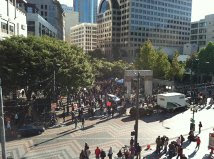 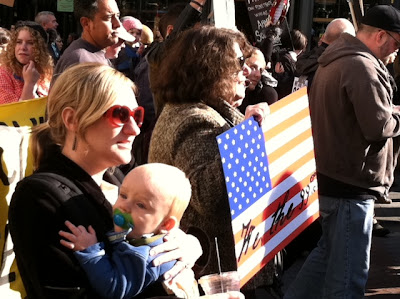 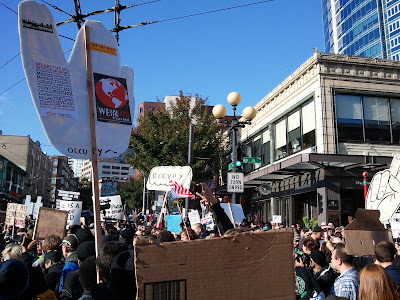 Howie P.S.: My daughter was arriving in Seattle by train this afternoon for her college's mid-semester break, so it seemed right to swing by Westlake Center on the way to King Street Station. This sun was shining, the band was playing and the mood was upbeat in the crowd. The crowd liked to shout "This is what democracy looks like" and I saw many signs that said "WE ARE THE 99%..."

According to the SeattlePI.com:

Three thousand or more crammed into Seattle's Westlake Park on Saturday before marching to the city's Pike Place Market, where about 200 sat down in the middle of 1st Avenue and blocked traffic for about 10 minutes. MORE...

Posted by Howard Martin at 7:01 PM