Obama to Top Bankers: 'I'm Protecting You ... I'm Going to Shield You' (with video) 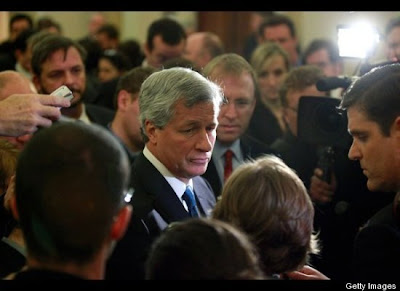 With the U.S. economy in free fall, the banks the beneficiaries of an extremely unpopular bailout, and a new history-making president in the White House, Wall Street was more politically vulnerable than at any point since the Great Depression in the nineteen thirties.

In his new book Confidence Men: Wall Street, Washington and the Education of a President, Ron Suskind describes what happened at the meeting: MORE...