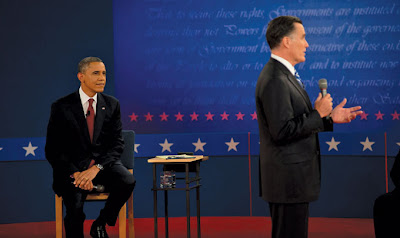 
I’m sick of endless pontificating about body language at debates, who “connects” with voters, who’s polling better with gerbil owners, or any other nonsense that diverts us from discussing crucially import issues. I think we’re all pretty much in agreement that we’re at a scary juncture in human history, though we might disagree about what scares us. (Sometimes I think it’s mostly each other.) The reality is, if we’re going to move forward sharing a fragile planet, fragile economy, and fragile democracy, we’d damn well better upgrade our political conversation. Toward that end, I’ve put together a list of 12 issues that should be central to political debates and discussions but are being ignored or fatally downplayed by our media and politicians. MORE...