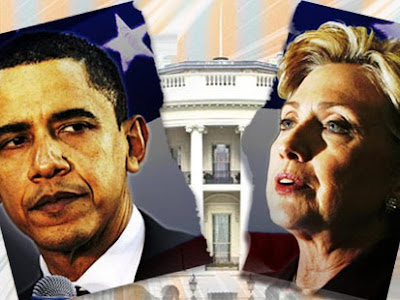 Sens. Hillary Clinton, D-NY, may have an added obstacle in her pursuit of the support of superdelegates -- the party insiders and elected officials who comprise roughly 20% of the total Democratic delegates, and who may ultimately choose the nominee.
One prominent superdelegate who is also the highest-ranking African-American in Congress told ABC News that the racially-tinged way in which critics charge the Clintons conducted their campaign in South Carolina is driving black superdelegates into the arms of Sen. Barack Obama.

"The surge -- if I may use that word -- occurred in direct correlation to the way that campaign had been ratcheted up," said Rep. Jim Clyburn, D-SC, the House Majority Whip who has not endorsed a candidate. "Those of us who live in the South particularly, we know the code words when we hear them and we understand the tone. People felt some of that was going on and they reacted to it in a very bitter way."

Clyburn made his remarks as his colleague, Rep. John Lewis, D-Ga., switched from supporting Clinton to announcing that as superdelegate he will vote for Obama, D-Ill.

"In recent days, there is a sense of movement and a sense of spirit," Lewis told the New York Times. "Something is happening in America and people are prepared and ready to make that great leap."

Lewis also said he was influenced by the fact that his home state voted heavily for Obama. Clyburn told ABC News that he had heard from many black lawmakers who thought the Clintons played the race card. Clyburn said of particular offense were former President Bill Clinton's comparison of Obama with Rev. Jesse Jackson.

"It was an attempt to isolate the ethnicity of the candidate," Clyburn said.

On Capitol Hill, the lobbying from both campaigns has taken on an emotional and dramatic air.

"It's pretty intense, especially in places where a lot of the unpledged superdelegates live and their districts went overwhelmingly the other way," said Clyburn. "I've seen a superdelegate driven to tears over this. It's a very emotional thing. People who have been waiting for years to vote for a woman or a black find themselves conflicted having to make a choice between the two at one time. That's very, very tough, especially on African American women."

Luckily for Clinton, African-American voters are not as large a voting bloc in some of the must-win states in which she's campaigning, such as Texas, which has a sizable population of Latinos, and Ohio, which has many blue collar workers -- two groups that tend to favor of Clinton, which have given her an edge in state polls.

Clinton has sharpened her message in pursuing these voters, attempting the political jujitsu of using her opponent's strength against him - in this case Obama's soaring oratory.

"Speeches don't put food on the table," she said in Warren, Ohio, Thursday morning at a General Motors plant. "Speeches don't fill up your tank, or fill your prescription, or do anything about that stack of bills that keeps you up at night."

The former First Lady just days ago was assailing Obama as untested, using as evidence the fact that Obama had never had a negative TV ad run against him. This week she remedied that complaint, launching an ad criticizing Obama for not agreeing to debate her in Wisconsin.

"Maybe he'd prefer to give speeches than have to answer questions," the ad states.

Obama responded in an ad, saying, "after 18 debates, with two more coming, Hillary says Barack Obama is ducking debates? It's the same old politics of phony charges and false attacks."

Neither candidate is leaving anything to chance. On Thursday, the Center for Responsive Politics released a study showing that Obama's and Clinton's campaign committees and political action committees had showered superdelegates with almost $900,000 in campaign cash. And as a weapon in the hotly-pursued Hawaii primary this Tuesday, Chelsea Clinton flew to the land of leis to glad-hand while island-hopping.

Barack Obama
Posted by Howard Martin at 4:53 AM

Mrs. Clinton said of her opponent, Barack Obama's tendency toward and skill in the art of rhetoric,

“Speeches don’t put food on the table. Speeches don’t fill up your tank, or fill your prescription, or do anything about that stack of bills that keeps you up at night.”

They DO though. I do not see the role of a president to lead the country around on a leash, feed us at the proper mealtimes and make sure we have a comfortable bed in which to sleep at night. I do not see the role of the president to be to determine our morals and personal choices of who or how we will marry, whether we will or won't have children or what sorts of foods we should or shouldn't be able to eat (or sell). These are our own responsibilities.

The role of the president is to make sure that we remain capable of and allowed to make our own decisions and plans. Speeches DO put food on the table. A powerful speaker has much more power (than, say, George W. Bush) because he or she can inspire an audience to action. And when the energy, ideas and motivations of the individual constituents of our country are directed towards a goal (say, putting food on the table, or paying bills) in a productive and unified way ... there is nothing that we could not accomplish.

Do I dream? Is this realistic?

But dreaming is step one. And the value of clear and inspiring communication can not be overstated.

katie, couldn't agree more.and it is realistic, though not all dreams become reality.