Hillary Clinton is known as a derivative orator, to put it nicely.

The New Republic's Noam Scheiber notes that "you can't listen to a Clinton speech without hearing multiple riffs she's filched from other candidates."

Back in November, he flagged her Obama lines, which ranged from hope and unity to sharing her aspiration to be a President not only for blue states, but the entire United States. 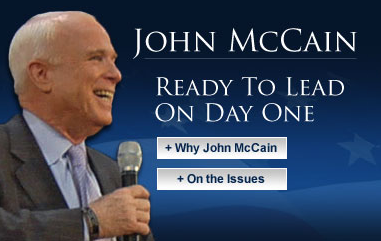 In Iowa, Clinton pilfered Obama's catch phrase "fired up and ready to go," and lately she has also sounded like John McCain -- they both tout a slogan about being "read to lead on Day One," whatever that means.

Since it's considered so clever to project a candidate's weakness onto an opponent, it's really no surprise that the Clinton Campaign is now attacking Obama on trumped up allegations of sounding like another politician. 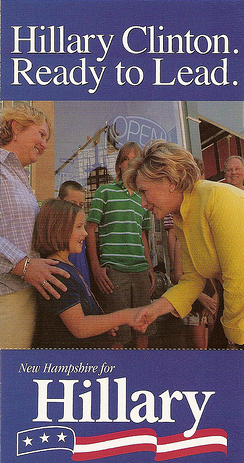 But the clip is almost comically ineffective.

Obama hardly uses any original lines from Patrick, other than the two-word phrase "just words." (Obama also says "just speeches.") Most of the 80 second-clip features both men citing famous lines in political history, from MLK to FDR. Politicians quote historical lines all the time, of course. When the audience recognizes a famous reference, such as "we hold these truths to be self-evident," there is no possibility of "plagiarism." Yet that absurd charge against Obama already turned up 84 news hits by Monday afternoon. And now The Times reports:

On the eve of the Wisconsin primary, a top adviser to Senator Hillary Rodham Clinton accused Mr. Obama of committing "plagiarism" in a speech he delivered in Milwaukee on Saturday evening. The passage in question is Mr. Obama responding to criticism from Mrs. Clinton that his inspirational speeches are not merely "just words." Mr. Obama smiled when asked about the accusation, saying it was "carrying it too far."

"Let's see, I've written two books. I wrote most of my speeches," Mr. Obama said. "I would add that I noticed Senator Clinton, on occasion, has used words of mine as well." Indeed, two of Mr. Obama's standard lines – "It's time to turn the page," and "Fired up and ready to go," – have made their way into Mrs. Clinton's campaign appearances during their contentious fight for the Democratic presidential nomination. In recent days, echoes of his "Yes we can," chant has surfaced in Mrs. Clinton's speeches as "Yes we will."

So there you have it. Yet again, the Clinton Campaign has played a weak hand for something close to a draw in the daily news cycle. If anything, she should be under pressure for mimicking both Obama and McCain, but instead, a dramatic conference call spurred reporters to press Obama on the issue. But it's precisely times like these when Obama's talk about transcending petty politics makes the most sense. Sure enough, he hit that note again during an economic policy speech at a titanium plant in Ohio today.

"I don't think that's really the kind of stuff that the workers here are concerned about," he said, referring to the Clinton speech attack. "What they're concerned about is who [is] actually going to make sure that we have jobs here in the United States that pay a decent wage."

I love how everyone is ignoring that Barack Obama took a whole paragraph from Massachusetts Governor Deval Patrick without giving him credit.

This was not a common phrase shared by Democrats. It is an uncommon statement and it puts Obama's character and rhetoric into question.

Obama says that he and Patrick share language with each other. Well where is the language that Patrick lifted from Obama?