"Howard Dean on the Politics of Health-Care Reform" (with audio) 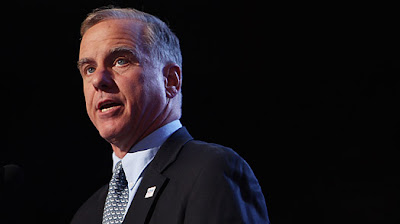 Before he was governor of Vermont, chairman of the Democratic National Committee or a presidential candidate, Howard Dean was a family doctor. But don't expect him to weigh in on the health-reform debate in a soothing bedside manner. He's packing plenty of vitriol for both critics of President Obama's health-care proposals and the special interests jockeying for seats at the negotiating table. The former governor talked to TIME about his new book, Howard Dean's Prescription for Real Healthcare Reform, political wrangling over bills circulating in Congress and why bipartisanship is for suckers.
TIME: How optimistic are you that both houses of Congress will pass health-reform bills before the August recess, as President Obama is pushing for?
Dean: I'm very hopeful the House will pass a bill. I think it's going to be very hard for the Senate. The Senate Health, Education, Labor and Pensions Committee passed a very good bill. The Senate Finance Committee has been unable to reach a bipartisan agreement, which doesn't surprise me. Frankly, I think the Republicans have no interest in reaching one. I've long believed the Democrats are going to be on their own.

What are the potential pitfalls if the Democrats are on their own?
I think it's a very good thing. I think the Republicans have correctly diagnosed that the way to stop Obama is to stop the health-care bill. They're determined not to have a bill. In the long run, we're going to have to do this on our own. (See the top 10 health-care-reform players.)

But even if Congress passes the health-care-reform legislation that Obama wants, it will take years to implement. Can the Democrats change things fast enough that health care won't be a liability for Obama if and when he runs for re-election?
Absolutely. Put in guaranteed issue and community rating at once, so people cannot be turned down for insurance in the private sector, nor can they have their insurance taken away because of an illness. He'll get huge credit for that and there's no budgetary cost.

What specific experiences as a doctor shaped your views on health care?
In the public emergency rooms in the Bronx where I went to medical school and in my office. I once had a young woman who came to me who turned out to have diabetes and was dropped by her insurance company as soon as the renewal date came up. I've never forgotten that.

We hear a lot about "bending the curve." What are the most effective ways to lower the overall costs of American health care?
First, you've got to integrate payment and provision of care. Everybody talks about preventive medicine, but almost nobody does it because there's no payback. A private practitioner invests money in preventive care and the hospital benefits. They're not connected. Second, pay people — particularly primary-care providers — for taking good care of patients without rewarding doctors for doing more and more and more. That's what the system is currently based on. The more you do, the more you get paid, which is an incentive for inefficiency. (Read "Cutting Health-Care Costs by Putting Doctors on a Budget.")

But switching our whole health-care system away from this "fee-for-service" model would be incredibly complicated, no?
That's absolutely not true. There are already great models — Medicare is one. When Medicare pays hospitals, they pay by disease, not by how long people stay there. Consequently hospital stays have dropped dramatically. I would disagree that this is gonna be a tough transition. I think it's going to be a very good transition. If there's a public option, it will force the transition.

Do you think everyone should be allowed to participate in the public plan?
Initially, absolutely not. You can't transition this too fast. You've gotta be careful. If you dump the entire private sector into the public option immediately, I think you'd have chaos, and that's not what we want. (Watch TIME's video "Uninsured Again.")

In your opinion, what is missing from the House and Senate HELP bills?
I'm not going to answer your question. If you do have the public option, the rest will sort itself out. So I resolved not to criticize the House or the Senate bills over other matters like taxation and things like that.

In your book, you talk about how someone's age determines his attitude toward having health insurance. You say the federal government should provide free coverage to everyone under 30. That's pretty radical.
It's incredibly cheap. Statistically, only two expensive things happen to people under 30: one is a malignancy and the other is an accident. Everything else is mostly preventive maintenance and it's very inexpensive. But this is not what's going to be passed. I'm a very big fan of Obama's bill.

Posted by Howard Martin at 8:25 AM