"Suddenly, a Trillion Is Too Much?" 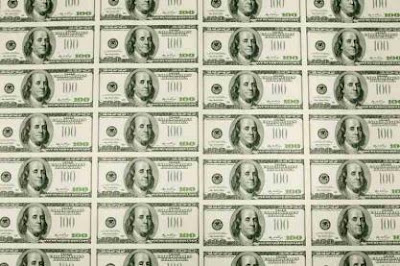 If Americans hope to discuss health care, climate change, green economics or public infrastructure with any degree of realism, then the time has come to acknowledge that hearing someone say “a trillion dollars” is no reason to panic. Politicians and pundits cite that figure to argue that we cannot afford health care reform, following recent cost estimates by the Congressional Budget Office, but the plain truth is that we spend (and squander) more than that on purposes not nearly so wise and humane as universal quality health care.
As a matter of fact, America’s current health care system wastes considerably more than a trillion dollars every year. We know that because countries such as France, Germany, Japan, and Finland, with comparable standards of living to ours, spend roughly half what the United States spends annually on health care per citizen, while covering everyone and achieving better results. So if the total cost of American health care over the coming decade reaches $40 trillion, as economists expect, then we will be “wasting” approximately $20 trillion, or $2 trillion a year.

Compared with figures such as those, the CBO scoring estimate of $1.6 trillion over 10 years to reform the U.S. health care system is so small as to be almost negligible. Constantly hearing numbers that sound so large makes perspective even more important. When Princeton health economist Uwe Reinhardt actually did the simple calculations, he found that the price of reform amounted to only 4 percent of the country’s cumulative health care budget between next year and 2020. He noted that this amount is much less than the annual increase in health care spending over the past 10 years. And he also pointed out that on the broader economic horizon, that $1.6 trillion represents only about 1 percent of the $170 trillion in gross domestic product that Americans will produce over the same period.

Investing a trillion dollars or so in modernizing and improving our health care system is a good bargain—especially when contrasted with the maddening way that we have thrown away tax dollars over the past several years. Undoubtedly the worst example of wasteful spending in recent memory is the war in Iraq, that imperial misadventure so beloved by the same conservative thinkers who incessantly bemoan the supposedly unaffordable price of health reform.

Touted early on by its eager promoters as free, cheap, or self-financing, the war’s ultimate cost is currently expected to run as high as three trillion dollars, according to Joseph Stiglitz, the Nobel laureate economist who wrote a book on the subject last year with his colleague Linda Bilmes. Even as the Obama administration is pulling U.S. troops out of Iraqi cities in preparation for eventual withdrawal, the Iraq war will remain a financial black hole in the federal budget for many years to come as we continue to support the injured veterans and to rebuild the damaged American military.

Yes, a trillion dollars is a significant amount of money, even on a scale as large as the American economy. Had we avoided the stupid waste of two or three trillion on the war, we could have paid for a long list of social goods that would have improved the lives of the American people, enhanced their productivity and secured their future. To name only a few of many better choices, we could have moved rapidly toward alternative energy sources and reduced our dependence on foreign sources of oil for about $500 billion, achieved universal literacy in the United States for about $5 billion, rebuilt the Gulf Coast damaged by Hurricane Katrina for about $200 billion, ended hunger and all the diseases caused by poverty for another $200 billion—and still have a substantial sum remaining to build new schools, roads, bridges, railways and other badly needed infrastructure.
The senators who now claim that we cannot afford to spend a trillion dollars to make long overdue changes in health care know exactly what that amount can buy. They know because they have spent it, year after year, on military misadventures and subsidies to big banks and corporations, without stinting or whining. Somebody should ask why they think we can afford those trillion-dollar boondoggles but not decent health care for all Americans.

Posted by Howard Martin at 6:26 AM