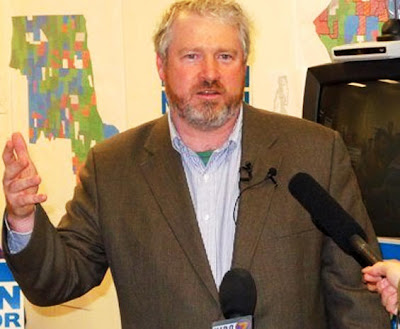 14. SEATTLE'S MAYOR APPEARS TO THINK HE WAS ELECTED HEAD OF AN IMPROV TROUPE

First Mike McGinn was dead-set against the tunnel...until, just days before the mayoral election, he was suddenly open to building it...before he was trying to sabotage it again immediately after taking office. He started his tenure as mayor with vague speeches about listening and collaboration. But then he proposed a tax increase—to rebuild the seawall along the downtown waterfront—without telling the City Council about his plan. Predictably, that pissed them off, and since the council decides whether a tax hike goes on the ballot, that plan is over. McGinn boldly said he would cut 200 non-union positions to get on top of a pending budget deficit. But the city employees who'd potentially lose their jobs accused him of playing politics, and he quickly backed off. A highly paid political advisor McGinn hired early on turned out to have faked his resume and quit, leaving behind the stink of scandal. After a while you start to wonder: Is McGinn just making this up as he goes? Throw in his vague, rambling, 33-minute State of the City address last month, and it's hard to come to any conclusion but "yes."

Howie P.S.: Some of the other 21 things are pretty good, too. Click on the "slideshow."
Posted by Howard Martin at 6:50 AM