"Bradley Manning and the stench of US hypocrisy" 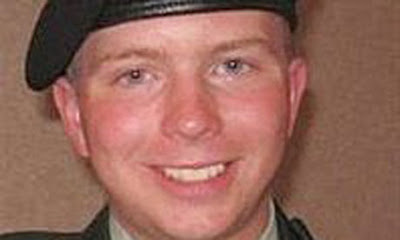 Bradley Manning was forced to sleep naked in his cell, according to his lawyers. Photograph: EPA

The US condemns human rights abuses abroad yet appears to be allowing the psychological torture of Bradley Manning---One of the few people to have visited Manning, David House, spoke yesterday of how he had witnessed his friend go from a "bright-eyed intelligent young man" to someone who at times has appeared "catatonic" with "very high difficulty carrying on day to day conversation". House drew similarities with the case of Bobby Dellelo, an American prisoner who developed psychosis after a lengthy period in solitary confinement conditions similar to Manning's. "For me this has been like watching a really good friend succumb to an illness or something," he said. "I think that Bradley Manning is being punished this way because the US government wants him to crack ahead of his trial." MORE...

Howie P.S.: I'm thinking "we don't want anyone else to consider doing what he did" is another motive.
Posted by Howard Martin at 7:39 AM