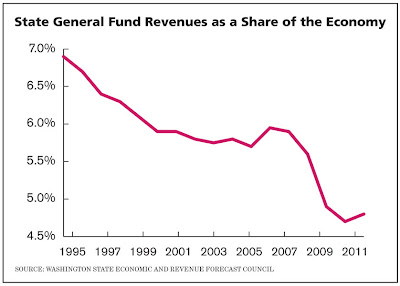 If there was any surprise at last week's anemic state revenue forecast, there was absolutely none at the immediate response. The Seattle Times jumped on the additional $778 million budget shortfall as an opportunity to demand "more union concessions," while Republican lawmakers, reflexively sticking to their "Thou Shalt Not Raise Taxes" commandment, issued renewed calls for Olympia to "live within its means." Even Democratic governor Chris Gregoire echoed the Republican meme, muttering something about the need to "streamline government" and "enact new efficiencies" while repeating her own "no new taxes" pledge.

The conventional wisdom was summed up by state senate GOP budget negotiator Joe Zarelli, who told the Associated Press: "The projected deficit isn't due to a lack of revenue, it's the result of an overabundance of spending commitments."

Howie P.S.: In a companion piece, Eli Sanders has "The Solution: Close Tax Loopholes." Doesn't this shit sound familiar? Are you starting to see a pattern here? 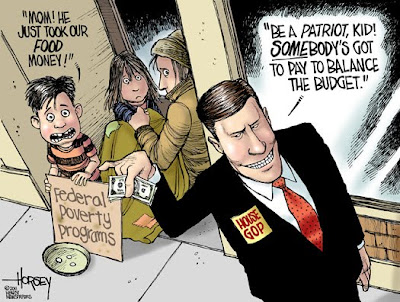 Posted by Howard Martin at 5:34 AM