UPDATE: Let the record show I doorbelled for Obama, Inslee and Cantwell for two hours this morning in West Seattle. 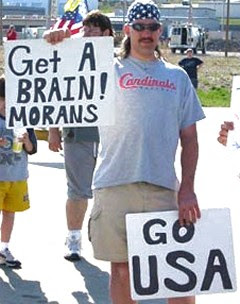 I was going to write something about the politics of the Supreme Court decision on Thursday, but, quite frankly, I am sick of politics in this country and all the players who are involved with it.

Most of us who know how America really works, and how the political parties function, understand that it doesn't matter who is in the White House or who controls the halls of congress. We know that real power in America comes from lobbyist and the people who can afford to pay them. Politicians who go to Washington need money to get elected and John Q. Public cannot afford to write a big enough check. MORE...

Posted by Howard Martin at 1:30 PM

Email ThisBlogThis!Share to TwitterShare to FacebookShare to Pinterest
Labels: the field negro