"Rodney King will never see if we can get along." (with video) 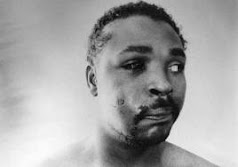 It took you getting your ass kicked on camera to tell the rest of America what us Negroes already knew.


Rodney King passed away today. Most of us who saw that horrific video believe that he got a 21 year rain check from the Grim Reaper. He should have died that night. In a way it is only fitting that the man who begged for us to get along has died. Because, in America, any hope of us getting along has pretty much died as well.MORE...


Philadelphia, PA (June 4, 2012) -- Marcus Warryton, 18, was dazed and confused because he had just been involved in a traffic accident. When four white cops happened upon the scene, which included a car with front-end damage and a deployed airbag, they assumed the worst because Warryton was black. The officers immediately brutally attacked him because he did not instantly obey their self-important command to sit down. There was no evidence whatsoever that Warryton had a weapon or was dangerous in any way, only that he was stunned from a car wreck. The damaged car can be seen next to the police car. Warryton suffered sever injuries from the unwarranted attack, including multiple broken bones and lacerations. As always happens after cops perpetrate felonies, the victim was arrested for the very crimes which the cops committed against him. Warryton has no prior arrest record. Note that the news media blurred out the blood that was pouring from the young victim.

Posted by Howard Martin at 7:29 AM