"How Badly Will SCOTUS Screw Up Obamacare?" (Updated) 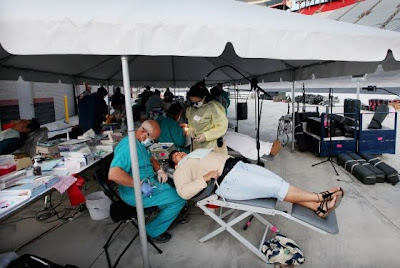 The Supreme Court is likely to announce soon if it has decided to declare the individual mandate unconstitutional. (Which is to say, it’s announcing whether Anthony Kennedy hates health care reform a lot or only a little, because everybody assumes the other four Republican justices hate it so much they’ll declare it unconstitutional.)

As you can tell, I’m already bitter about this, as the constitutionality of the individual mandate is so obvious that the mere fact that the controversy exists suggests a frightening will to power by the legal arm of the conservative movement. But, as we consider the possible outcomes, it’s worth keeping in mind something that is not likely to come through in the news coverage: The vast majority of the bill is likely to stay in place. MORE...

"Conservatives tend toward triumphalism, liberals tend toward despair, and the news media tends to overplay the importance of whatever thing just happened.""If the Court strikes down the mandate, I will lose my shit. But striking the mandate would not end the law, or even most of the law."