Sandra Fluke: "Why Obamacare is worth fighting for against Mitt Romney's repeal threat" 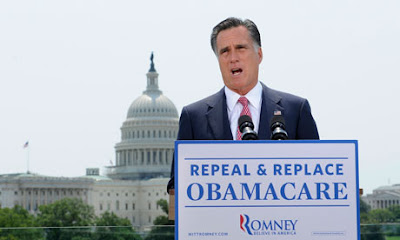 Now that the supreme court has declared, once and for all, the constitutionality of the Affordable Care Act, much of the debate has turned to the politics of the ruling and what it means for the coming election. It's events like Thursday's that shine a light on the stark contrasts between our two presidential candidates.

In the hours after yesterday's ruling, Governor Romney wasted no time reminding us that repealing Obamacare will be a top priority if he's elected, egged on by congressional Republicans who had already scheduled a vote to dismantle the law. Meanwhile, President Obama continued to focus on the real-world benefits this law will bring to millions of Americans.

I agree with the president that we cannot lose sight of the human impact this law will have on young women and men just graduating from college; on mothers, fathers, and children alike. And while the supreme court's decision was a decisive victory for the American people, it does also underscore just how much is at stake in this election. MORE...

Posted by Howard Martin at 8:49 AM