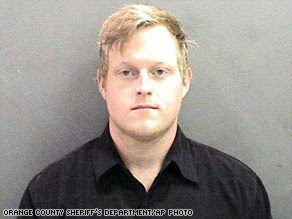 LOS ANGELES - US former vice president-turned-climate campaigner Al Gore said today his son was getting treatment after being arrested on drug charges when police stopped him speeding in his low-emissions car.

"We’re glad that he’s safe and that he’s getting treatment and we’re going to leave it as a family matter," Gore said in an interview on NBC news.
Orange County Sheriff’s deputies spotted Gore’s blue Toyota Prius going more than 100 miles per hour (160 kph) on a California highway early Wednesday, police said.

When they pulled him over, they smelled marijuana, searched the car and allegedly found more of the drug and several other addictive prescription medicines including Valium.

Sheriff’s department spokesman Jim Amormino told AFP Gore junior did not have prescriptions for any of the drugs.

He was released on 20,000 dollars bail paid by his sister, media reported today.

The arrest comes just days before Al Gore senior is due to take part in a worldwide series of concerts to raise awareness of global warming, "Live Earth."

The younger Gore, who lives in Los Angeles, has a history of drug and driving violations.

In 2003, he was charged with marijuana possession in Maryland after police stopped him for driving without headlights on.

The following year he entered a substance abuse program as part of a plea agreement.

He was also charged with reckless driving in North Carolina in 2000 for allegedly speeding at 94 mph, and in September 2002, police arrested him on suspicion of drunk driving near a military base in Virginia.
The ex-vice president Gore told NBC that family concerns were not behind his insistence that he will not run again for president in 2008.

He stressed that he was focussing on his campaign to ease damaging global warming.

"I don’t have any plans or intentions to be a candidate again and really the main reason is I’m involved in a different kind of campaign," he said, adding that global warming is "the most serious crisis our civilisation has ever faced."

While he denies planning to run, opinion polls have shown that Gore, bested by President George W. Bush in 2000, is not too far behind Democratic hopefuls Hillary Clinton and Barack Obama, with about 15 percent of support.

Posted by Howard Martin at 8:45 AM