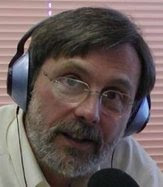 We were pretty excited when we heard that KPTK is bringing Stephanie Miller, Ed Schultz, The Young Turks, and Mike Malloy to Town Hall for a panel moderated by Thom Hartmann on Saturday, July 14th.

It's called Perfect Presidents or Perfect Politicians? and will discuss the 2008 presidential candidates, both Republicans and Democrats in one of those free-for-all Town Hall blabfests that leave you feelin' so glad you're a liberal. 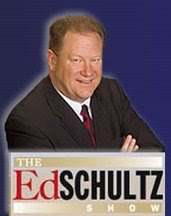 Unfortunately, it sold out in short order, we got ours, but if you missed out, KPTK will web cast it live on their their Web site.

(Republicans don't have stuff like this, though occasionally they get somebody like Orrin Hatch to come by, cluck like a hens, and pick up some money. Afraid Fred Thompson might be a threat? never fear- and click here- he's a threat only to wakefulness).

Liberal meets have more, how you say... joie?

KPTK has disappointed us for years by not building a live and local Seattle radio community by hiring live and local progressive talk hosts. (With KIRO going slowly to the right, we need them now more than ever.) You'd think it'd be a no-brainer in such a liberal town, but apparently those kind of local decisions, are made by the suits at the monolithic CBS network.

But the station's local crew does a great job of bringing their syndicated stars en masse to Seattle in such forums as these on a regular basis. No other news talk station does such ambitious events.
Posted by Howard Martin at 5:09 AM