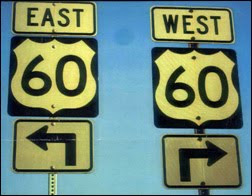 Medicare, Basic Health provisions included. Cantwell pledges to further strengthen legislation in floor debate ---Health care reform legislation introduced today by Senate Majority Leader Harry Reid (D-NV) includes major initiatives on coverage, quality and cost control authored by Senator Maria Cantwell (D-WA).
The “melded” legislation, a combination of work by two Senate committees, includes a restructuring of the Medicare payment system and a basic health plan giving states power to negotiate with private insurance on behalf of their uninsured. Both provisions were authored by Cantwell and added to the Senate Finance Committee’s version of the bill. Reid today melded that legislation with a health reform bill drafted by the Senate Health, Education, Labor and Pensions Committee. The melded bill is estimated to reduce the federal budget deficit by $127 billion in the first 10 years.
“None of the reforms that I believe are critical to expanding coverage while maintaining quality can happen if we do not control health care costs, and I am pleased to hear that the legislation we will debate on the Senate floor reduces the federal budget over the next 10 years,” said Cantwell. “The historic debate will give us an opportunity to strengthen this legislation further, while ensuring that the many strong provisions in the bill remain. I will be pushing to strengthen provisions to help our seniors remain in their homes and communities when they need long-term care. I will also work to pass the most robust plan possible to cover the uninsured and put pressure on private insurance companies to lower rates for those already insured.”
Four Cantwell measures included in the bill introduced today aim to increase access to quality care while reining in out-of-control health care and health insurance costs. The following is a summary of Cantwell’s key amendments included in the legislation:
· Basic Health Plan: Gives states the ability to negotiate directly with health insurers to provide high quality health care coverage at a lower cost. Rather than handing tax subsidies to insurance companies, Cantwell’s amendment directs money to the states, and lets them use their purchasing power to negotiate with private insurance carriers. The measure is modeled after Washington state’s Basic Health Plan, which has a 20-year track record of reducing costs and providing quality care.
· Medicare reform: Establishes a “value-based index” to reward doctors for providing high quality, efficient, and coordinated care. The amendment is designed to fix flaws in the current system that rewards practitioners for ordering often redundant or unnecessary tests and procedures. Currently, Medicare wastes an estimated $120 billion a year, or 30 percent of all Medicare spending. This waste is due, in part, to incentives in the Medicare physician payment structure. Cantwell’s amendment rewards doctors who provide the best outcomes, instead of paying them for ordering more services that don’t help patients.
· Primary Care: With the nation experiencing a shortage of primary care doctors, the bill includes concepts championed by Cantwell to expand the nation’s graduate medical education training capacity to more suburban and rural hospitals, and to provide incentives for medical students to opt for a career in primary care. Primary care physicians play the vital role of coordinating care so that patients have a single doctor looking over all of their health care needs, supervising their medications and the specialists they see.
· Pharmacy Benefit Managers (PBMs): Serving as the middlemen between health insurance plans (including both private health insurance plans and Medicare Part D), pharmaceutical manufacturers and pharmacies, PBMs manage most of the prescriptions filled in the United States but are the only unregulated area of the health insurance industry. Cantwell’s proposal requires reporting by PBMs to ensure that savings from drug price negotiations are being passed on to consumers and not contributing more to pharmaceuticals’ bottom lines.

A Democratic senator says moderates in his party shouldn't be allowed to dictate the terms of the health care debate and that the final bill should include a government-run option for Americans lacking insurance.

That view, by Sen. Sherrod Brown of Ohio, suggests the difficulty facing Democratic leaders in coming weeks as they try to rally support for legislation that would extend health care coverage to roughly 31 million people who lack it.

The Senate agreed on Saturday to begin debate. Three moderate Democrats and Connecticut independent Joe Lieberman have threatened to vote against the final bill and leave Democrats shy of the 60 votes needed to break a Republican filibuster.

Brown appeared Sunday on CNN's "State of the Union."

"Nate Silver: We Shouldn't Be Celebrating Just Yet on Healthcare Reform" (Susie Madrak-Crooks&Liars):

Nate Silver on why we shouldn't celebrate just yet:

Needless to say, it would have been very, very bad news for the Democrats if the motion to proceed to debate on their health care plan had failed tonight. But I'm not sure how newsworthy this really is. The potential hold-outs, like Lincoln and Ben Nelson, are going to have much greater leverage later on, when the bill nears its second major procedural hurdle: the cloture motion to proceed to the final vote.

And there's some bad news for Democrats too: Lincoln has joined Senators Ben Nelson and Joe Lieberman in making a fairly explicit threat to filibuster a bill that contains a public option. Mary Landrieu, on the other hand, sounds a little bit more open to compromise. But this impromptu Gang of 3 -- Lincoln, Nelson, Lieberman -- could be a tough one for progressives to penetrate.

Yeah, it's going to be ugly by the time they get done dealing away any real hope of competition for the insurance companies. I'm not optimistic about the short-term results here and I have to keep muttering to myself that this will be good for our children and grandchildren - probably.

"Harry Reid, and What Happened to the Public Option" (Robert Reich):

So the compromise was to give the public option only to Americans who wouldn't be covered either by their employers or by Medicaid. And give them coverage pegged to Medicare rates. But private insurers and ... you know the rest.

So the compromise that ended up in the House bill is to have a mere public option, open only to the 6 million Americans not otherwise covered. The Congressional Budget Office warns this shrunken public option will have no real bargaining leverage and would attract mainly people who need lots of medical care to begin with. So it will actually cost more than it saves.

But even the House's shrunken and costly little public option is too much for private insurers, Big Pharma, Republicans, and "centrists" in the Senate. So Harry Reid has proposed an even tinier public option, which states can decide not to offer their citizens. According to the CBO, it would attract no more than 4 million Americans.

And yet Joe Lieberman and Ben Nelson mumble darkly that they may not even vote to allow debate on the floor of the Senate about the bill if it contains this paltry public option. And Republicans predict a "holy war."

But what more can possibly be compromised? Take away the word "public?" Make it available to only twelve people?

Upbeat policy wonks and political spinners who tend to see only portions of cups that are full will point out some good things: no pre-existing conditions, insurance exchanges, 30 million more Americans covered. But in reality, the cup is 90 percent empty. Most of us will remain stuck with little or no choice -- dependent on private insurers who care only about the bottom line, who deny our claims, who charge us more and more for co-payments and deductibles, who bury us in forms, who don't take our calls.
I'm still not giving up. I want every Senator who's not in the pocket of the private insurers or Big Pharma to introduce and vote for a "Ted Kennedy Medicare for All" amendment to whatever bill Reid takes to the floor. And if this fails, a "Ted Kennedy Real Public Option for All" amendment. Let every Senate Democratic who doesn't have the guts to vote for either of them be known and counted.