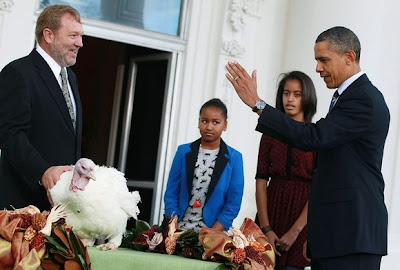 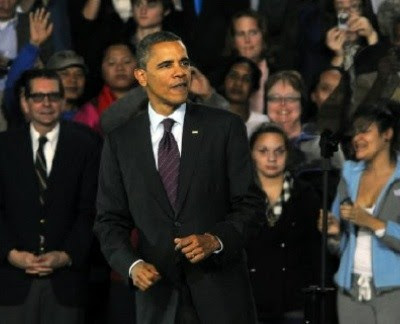 President Barack Obama speaks on the economy and jobs to a New Hampshire crowd on Tuesday. Credit: Darren McCollester/Getty Images

President Barack Obama’s 2009 economic stimulus bill which was passed in Congress during the first month of his Administration and which received opposition from all but three Congressional Republicans has thus far resulted in the employment for 5 million or more Americans according to the Congressional Budget Office’s 2011 third quarter ARRA accounting report released on Tuesday. MORE...

...the tradition of pardoning a Thanksgiving turkey only dates back to 1989, with president George H.W. Bush’s first official Presidential turkey pardon. According to politicususa.com, an old story had circulated that President Abraham Lincoln had pardoned the first turkey in 1863.

The story says that Lincoln’s son Tad became so attached to a Christmas turkey that it was kept as a pet. Lincoln didn’t pardon the turkey, he just let his son keep the bird. MORE...

Howie P.P.S.: To be clear, I am not saying that there is a complete moral equivalency (saving jobs=pardoning turkeys) here. Finally, Glenn Greenwald offers us something else to be thankful for today; "Bush and Blair found guilty of war crimes for Iraq attack." H/t to Marcia Kato. 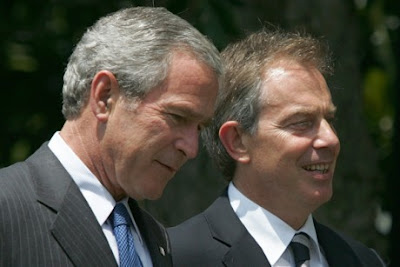 Posted by Howard Martin at 5:12 AM