Norm Stamper on Police and OWS: They 'Haven't Learned From Our Mistakes' (The Nation, with audio) 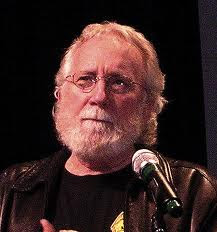 Are the nation’s police officers against the Occupy movement? “Yes, no and maybe,” said former Seattle Police Chief Norm Stamper, in an interview on WNYC’s The Takeaway. Drawing on his own struggle to ethically police Seattle’s WTO protests in the 1990s, Stamper urges police forces to strike an appropriate balance between safeguarding civil liberties and enforcing local law.

“I’m very discouraged by what I’m seeing today,” he said. “It suggests that they [national police forces] haven’t learned from our mistakes—and specifically from my mistakes.” You can read Stamper’s recent analysis of paramilitary policing here.