"The Times recommends Joe Mallahan for mayor of Seattle" 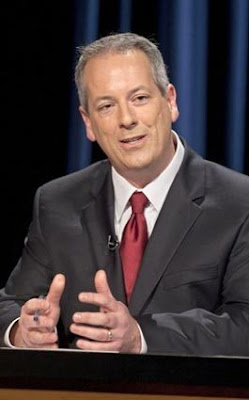 SEATTLE is in a funk. Businesses are struggling. Unemployment is too high. The city budget needs a trim. An urban center long admired because it worked so well has become a place that can't deliver basic services.
Yes, some voters are still scorched by that pitiful snowstorm response last December.

In their pique, primary voters demanded fresh ideas and new leadership. The best person to step forward and provide a steady managerial hand is Joe Mallahan. He is endorsed by The Seattle Times.

Mallahan is a relative newcomer to local politics and does not appear at first as obvious mayoral timber. But he is the practical player in this contest. He is not a flame thrower or a "Hey, look at me" candidate. He is a deliberative businessman with a community-organizing background who understands politics well enough to learn the job.

For example, Mallahan immediately grasped that most Seattleites do not want to revisit a decision eight years in the making: the deep-bore tunnel to replace the Alaskan Way Viaduct. Even citizens not particularly fond of the project recognize it is time to move past process — or, process gone wild. The viaduct is no idle concern. It is a dangerous roadway that must come down and be replaced by something that addresses mobility and capacity needs.

Mallahan is solution-oriented enough to work with Olympia to eliminate language in state legislation that says Seattle must pay for tunnel cost overruns. Most experts believe that language is unenforceable and will be removed once the Legislature convenes. It should be.

Mallahan's opponent, Mike McGinn, is a smart, likable guy who made unabashed opposition to the tunnel the centerpiece of his campaign. Until he changed his mind. After vowing to block the tunnel, McGinn flipped last week following the City Council's unanimous vote in favor of it, and said, "OK, I still dislike the tunnel but I won't block it." Or words to that effect.

Neither man is an A-list candidate. And voters in the primary were more likely voting against a candidate, the incumbent mayor, than for his replacement.

But that's all in the past. Mallahan is better suited to ramp up and learn what it takes to lead the city. He is a good listener. He assembled a team of civic leaders who likely will help him in the early years.

In recent months, Mallahan demonstrated he, more than his opponent, understands the next mayor will have to work hard to rebuild the economy and boost job opportunities. The tunnel is a bit of that, but the economic challenge facing the city is much bigger.

Mallahan also has a better grasp of the breadth and depth of public-safety issues facing our city, agreeing in a recent KCTS/Seattle Times debate to support proposed rules on aggressive panhandling. The street scene in parts of the city creates a sense of unease and lack of safety.

Mallahan met with Councilmember Tim Burgess, who is proposing the tougher rules, and the mayoral candidate agrees panhandling should not be allowed near cash machines, near individuals getting in and out of cars, and no touching allowed in the course of asking for money.

Mallahan, who once had the title of "Vice President of Customer Delight" at T-Mobile, reveals refreshing pragmatism. He was one of the first people to call for repeal of the employee head tax, which nettles businesses large and small with annoying bureaucratic paperwork.

Former colleagues and employees say Mallahan is well-known for demanding very high quality and very detailed work. That's good, because more than anything, Seattle needs a competent turnaround agent.
Like many Seattle voters, the editorial board is concerned about Mallahan's sizable learning curve. But he is better suited to grow into the chief-executive post. Once he learns the complexities of the job, he and his team will lead Seattle to better circumstances.

Howie P.S. This endorsement would have more value if they hadn't diminished their credibility with their lame editorial endorsement of Susan Hutchison, rumored to have been dictated by its publisher. I suspect this endorsement will also please those who view Mallahan as a "tassle-shoed," cell phone exec-businessman type who is just an empty suit shilling for the status quo. The Northwest Asian Weekly has also announced their endorsement of Mallahan, along with Dow Constantine, Lloyd Hara (Port of Seattle), Rob Holland (Port of Seattle) and Betty Patu and Wilson Chin (dual endorsement-Seattle School Board).
Posted by Howard Martin at 4:49 PM