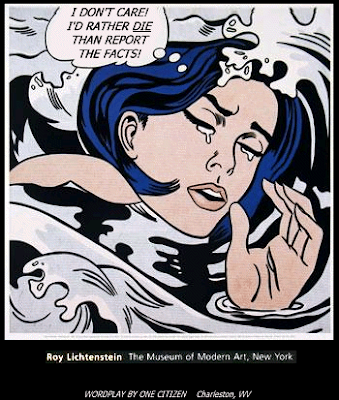 As expected, the Seattle Times has endorsed No on I-1033, as will most every other newspaper in the state. But while it is a responsible editorial, and fairly well argued, I couldn’t help reading it with an involuntary roll of the eyes, for some of the common misconceptions the editors attempt to correct, happen to be ones they’ve worked damn hard to create.
The Times now argues that Washington is not a high tax state (in fact, we’re 35th by Tim Eyman’s own source), but this will strike many readers as quite contrary to the impression the Times itself has left over the past few years, whether arguing for estate tax repeal, or in favor of an all-cuts budget, or in support of Dino Rossi and other conservative Republicans. Even former state Republican Party Chair Chris Vance has acknowledged that King County’s budget woes are largely due to a structural revenue deficit, not out of control spending, a fact based reality the Times appears pained to grasp.

I-1033, unlike I-601, applies to counties and cities as well. In all of them, growth in property-tax revenue is limited to 1 percent plus taxes on new construction. Cities and counties are finding it a hard limit to live with. Any further limit on their tax collections should be up to the citizens in each jurisdiction.

Further limits? The existing 1 percent cap is an arbitrary and ridiculous limit that is already eroding the ability of local governments to provide basic services, and the Times is willing to even suggest the notion of further limits… and in an anti-1033 editorial no less?

There are two reasons why Eyman’s I-1033 still has a chance to pass. 1) Investment banker Michael Dunmire; without his money none of Eyman’s recent measures would have qualified for the ballot; and 2) Our state and local media have relentlessly created the impression in the minds of many voters that Washington is a high-tax state with out of control spending… and editorializing against Eyman’s initiative once every year or so, is not enough to change that impression.

Posted by Howard Martin at 6:02 PM

Email ThisBlogThis!Share to TwitterShare to FacebookShare to Pinterest
Labels: i-1033