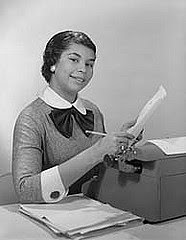 Howie P.S. : I just recently discovered Sable Verity and her blog of the same name. Now KBCS (Bellevue College radio station) has offered her a regular radio gig. I already wrote her a fan letter, so I won't gush further.Here's how KBCS introduced her on her very own web page they created:

Sable Verity is one of few women bloggers of color in the Pacific Northwest covering issues that directly impact minority families. Sable looks at the world through a sociological perspective, no matter how mundane the situation may seem.

Mother, writer and activist, editor and founder of the SV, friends (and enemies) describe Sable Verity as a tireless advocate (or that bitch that just won’t go away), who believes in speaking (ranting) the truth (her irrational race-tinged views).

Posted by Howard Martin at 6:09 AM