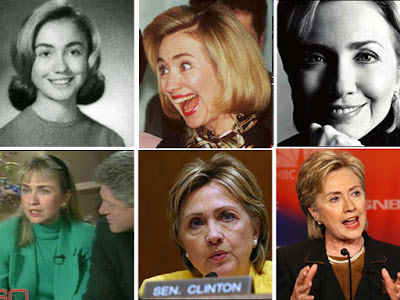 With the Iowa caucus just over a month away, CBS News anchor Katie Couric sat down for an exclusive interview with Democratic frontrunner Sen. Hillary Clinton.

She’s the woman on everyone’s mind right now. But polls in Iowa are showing the race could shape up to be very close. Couric asked Clinton if she’s lowering her expectations as the primary approaches.
“I never raised them, you know when I got into race at the beginning of the year. I wasn't even in double-digits. I was so far behind in Iowa, it was embarrassing,” Clinton said.

Her campaign instead is “encouraged” she said, because “we're making progress - but I take nothing for granted, this is going to be a tight race.”

"I think everybody should just take a deep breath and say 'let's just go to the finish line,' which will be probably be midnight West Coast time on Feb. 5," she said.

Couric asked Clinton: “Many of Barack Obama’s supporters were urging him to be more aggressive and to fight back a little more when it came to your candidacy. It seems as if in recent days you've returned the favor; you've taken off the gloves a bit. And some people are interpreting that as your campaign being pretty nervous...”

“It's time. I have absorbed a lot of attacks for several months now - my opponents have basically had a free rein,” she said. "After you've been attacked as often as I have from several of my opponents, you can't just absorb it, you have to respond.

"But a lot of the attacks have been quite persistent, shall we say," she said. "Hardly a day goes by when I'm not attacked."

Clinton said she wants voters to know how her plans - particularly health care - stack up against those of other candidates.

“I figure it’s about time now for me to draw contrasts, which I think are pretty important to voters,” she said. “And that’s what I’m going to do.”

She distinguished Obama’s plan from those of her Democratic opponents.

"All of us except Sen. Obama have universal health care ..." Clinton said. "I want people to know that."

It was announced Monday that Oprah Winfrey would be campaigning with Obama in three key states. "How do you feel about that?" Couric asked.

“I think it's great ... I'm proud to have a lot of very distinguished Americans [supporting me],” Clinton said.

Is she concerned Obama will get a major boost from Winfrey’s enthusiastic fan base?

“No,” Clinton said. “At the end of the day, it's among us as candidates. People will make their judgments. I’m proud to have my husband support me. It's wonderful to have someone with his knowledge and experience and incredible ability vouch for me campaign for me.”

"If it's not you, how disappointed will you be?" Couric asked.

But she said she would stand behind any other Democratic nominee, if it came to that. “We're going to have unified party, behind whoever we nominate.”
Clearly, she has considered the possibility she won't be the nominee?

Posted by Howard Martin at 8:29 AM