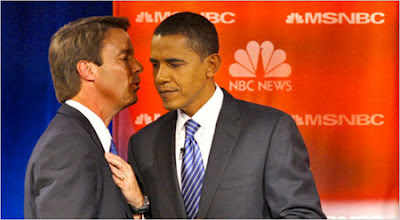 Looking back at the image in the aftermath of the debate, it seems the "bully boy defense" played much better this time. Not only was Edwards openly booed for attacking Clinton (albeit in a cheap and desperate sort of way), but Clinton was able to state -- in answer to a direct question whether supporters, including her husband, had been "exploiting gender as a political issue during this campaign," that she wasn't playing "the gender card," but instead, playing "the winning card."

The beauty of her response, however, was to then tack on the Harry Truman quote: "If you can't take the heat, get out of the kitchen."

By reframing the woman's traditional domestic space (especially going back to Truman's era) as a political boxing ring, Clinton managed to do exactly what she claimed she wasn't, which was emphasizing her gender while simultaneously disavowing it as playing any role at all.

Howie P.S.: On a hopeful note, Ben Smith allows the Obama campaign to have the "last statement of the day" and links to Joe Klein who fingers Novak (no, not that finger) as the real mud-slinger. We'll never know if the Clinton campaign had any role in getting this post-debate poop started. For the full-throated Obama side of the story,here's "Obama Strikes Back Quickly Against Alleged ‘Scandal’ Smear from Hillary Clinton Camp" (Think On These Things). Sometimes I think of TOTT as the antidote to Mr. Smith. 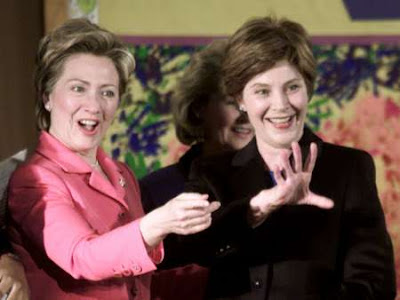