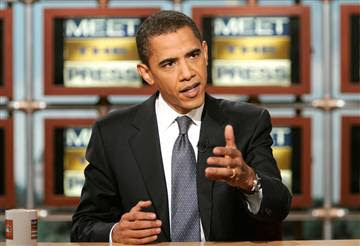 Barack Obama’s was excellent.
It was one of the best of his campaign. The passion he showed should help him close the gap on Hillary Clinton by tipping some undecided caucus-goers his way. His oratory was moving and he successfully contrasted himself with the others - especially Clinton - without being snide or nasty about it.

Historically, the iowa party’s “JJ” dinner is a landmark event in Democratic presidential caucus campaigns. All the key party activists, donors and players from the state are present. This year, about 9,000 of them showed up, most were from Iowa though there was some grumbling that Obama packed the place with people from Illinois. The charge was denied by the Obama people, who were clearly pleased they beat the other candidates in the noise war inside Veterans Memorial Auditorium.

A candidate who does well at a JJ is quickly in the political buzz around Iowa. A candidate who does poorly can be quickly written off by some important players in the party. Candidates also know the event provides them with an opportunity to sound new themes, launch new attacks or mount a defense of their weaknesses. Local and national observers show up to chronicle the changes.

Obama was particularly impressive Saturday night. Should he win the Iowa caucuses, Saturday’s dinner will be remembered as one of the turning points in his campaign in here, a point where he laid down the marker and began closing on Clinton, the national frontrunner. For example:

*He said the nation has a “moment of great opportunity” and “we have a chance to bring the country together to tackle problems that George Bush made far worse and that festered long before George Bush took office.” Translation: Clinton is divisive and there were problems the Clinton era didn’t solve.

*He said “Not answering questions because we’re afraid our answers just won’t be popular just won’t do it.” Translation: Clinton doesn’t take questions at some of her events. Now she’s bogged down in a flap over staffers planting questions for her when she does and this was neat way to remind Democrats of it without tweaking Clinton directly.”

*He said “telling Americans what they think they want to hear instead of telling the American people what they need to hear just won’t do it.” Translation: Obama is often inclined to say things party interest groups don’t want to hear - like the need for school reform, merit pay, more efficient cars or money to rebuild the military. She panders or is mushy.

*He said “triangulating and poll-driven positions because we’re worried what Mitt or Rudy might say about us just won’t do it.” He said he offers “change that is not just a slogan” and “change we can believe in.” Polls were a hallmark of the Clinton era.

*He said he wanted to “stop talking about the outrage of 47 million Americans without health care and start actually doing something about it.” That was a smooth way to remind the audience how Clinton’s effort at national health care failed.

*There were also references to not taking money from lobbyists. And he said “I am running for president because I am sick and tired of Democrats thinking the only way to look tough on national security it talking and acting and voting like George Bush Republicans.” Ouch.

His coup de grace came with this: “When I am the nominee of this party, the Republican nominee will not be able to say I voted for the war in Iraq, or that I gave George Bush the benefit of the doubt on Iran, or that I support Bush-Cheney policies of not talking to leaders that we don’t like.”

“I don’t want to spend the next year or the next four years refighting the same fights that we had in the 1990s,” a reference to the polarization of the Clinton years. “I don’t want to pit red America against blue America.”

The speech was also noteworthy because of the hour it was given. He was the last one to speak and didn’t start until after 11 p.m. That’s because the Iowa party loaded up the program with a bunch of Iowa politicians, who, well, just aren’t in the same league with their presidential candidates but whose egos just couldn’t keep them off the big stage.

It was a little like listening to a long Beethoven symphony while having some kid play a Tonette between movements.

And Obama can sometimes be flat or tired when speaks late at night. He can meander or sound wonkish and hesitant. Not Saturday night. (He came fired up and ready to go, to borrow a phrase.) At one point, he invoked Martin Luther King and his cadence even included the uplifting touches and quavering voice of a traditional black preacher’s sermon.
While the Democratic candidates all had a good night, Obama clearly had the best. Now we’ll have to see if he’s got anything left for Tim Russert this morning. Obama faces one of the toughest questioners in the business on NBCs Meet the Press at 8 a.m. Iowa time after only a few hours of sleep.