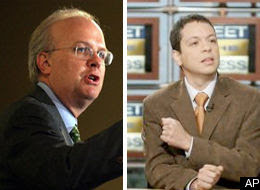 Plan now to introduce yourself again right after winning the nomination. Don't assume everyone knows you. Many will still not know what you've done in real life. Create a narrative that explains your life and commitments. Every presidential election is about change and the future, not the past. So show them who you are in a way that gives the American people hope, optimism and insight. That's the best antidote to the low approval rates of the Republican president. Those numbers will not help the GOP candidate, just as the even lower approval ratings of the Congress will not help the Democratic standard-bearer.

Say in authentic terms what you believe. The GOP nominee must highlight his core convictions to help people understand who he is and to set up a natural contrast with Clinton, both on style and substance. Don't be afraid to say something controversial. The American people want their president to be authentic. And against a Democrat who calculates almost everything, including her accent and laugh, being seen as someone who says what he believes in a direct way will help.

Moulitsas, for his part, reassures Democrats that minus a case of national amnesia, the GOP is headed to defeat in 2008. In "Make The Bush Record The Issue," Moulitsas writes:

Yet despite this dismal rap sheet, Republicans refuse to distance themselves too far from Bush and his record lest they take a hit from the fringe voters who still support his presidency. That is, after all, the Republican Party base, and no presidential or?congressional candidate can get far without its help. It's why Republicans refuse to break from the president on Iraq, despite the lack of political progress in Baghdad. It's why Republicans voted to support Bush's veto of the wildly popular State Children's Health Insurance Program, denying health care to millions of needy kids. Time and again, GOP leaders have forgone sensible and popular policies in favor of catering to a shrinking and increasingly isolated base.

Consequently, to stand any chance of winning next year, Republicans must pray for a national amnesia to erase the previous eight years from the minds of voters. But amnesia only happens in soap operas--and that's why Democrats will win in 2008. As long as Democratic candidates remind voters that the Republican platform and Bush's record are one and the same, victory will be assured.

Posted by Howard Martin at 9:57 PM