Queen Anne / Magnolia News: "Mallahan...is the only candidate who can beat Nickels.." 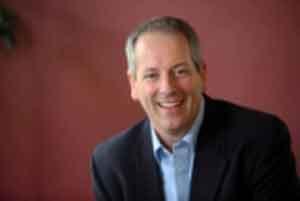 How lackluster this year's mayoral race (a surprising testament to Seattle's apathy) can best be illustrated by its average and below-average contenders. Not one has the obvious spark and buzz needed to trade blows against a media-battered incumbent whose very name conjures the screw-ups that led to last year's immobilizing winter.
That said, of the six contenders, only two have a prayer of beating Greg Nickels. They are Joe Mallahan and Mike McGinn. And of those two, the best bet would be Mallahan. McGinn is smart, caring and stands by his decisions. All good qualities, but his undoing will be the race's primary issue: the deep-bored tunnel. He's the only candidate against it. Sorry, that ship has sailed. The tunnel is going to happen. Washington voters voted for it last November and those in charge of seeing it through have already sunk time and money into it. For McGinn to hang his entire campaign on scrapping it is a mistake.

Mallahan on the other hand, is for the tunnel, has proven management skills and has rested his campaign on fiscal reform. He has outlined solutions to the city's woes without marginalizing any group. He wants to continue density but not if it's going to forsake neighborhood individuality. His ideas include protecting the environment and the troubled Sound by, for example, adding street sweeping efforts that will reduce runoff. Anticipating exponential growth in the senior population, he wants to encourage private businesses to hire seniors who want to continue to work. He also wants the city's employment resource center to help more seniors find jobs, part time or otherwise.

But perhaps most compelling is his rebuke of the Mercer Street project. He said it won't help move vehicles or freight. He wants to reallocate the $70 million in levy taxes for other neighborhood transportation priorities-or until land owners in Southlake Union agree to bear more of the burden. Nickels, on the other hand, continues to push to make Mercer a two-way street which will all but ensure rush-hour gridlock.
Nickels is leading the race, according to a KING-5 TV poll, with 22 percent of the vote. He also leads with $529,971 in campaign contributions. That almost assures him a space on November's ballot. But just behind him and gaining on both counts is Mallahan. He is the only candidate who can beat Nickels. The News endorses Mallahan and Nickels to make it through the primary and onto November's general election.

Howie P.S.: They are damning Mallahan with faint praise.
Posted by Howard Martin at 2:54 PM